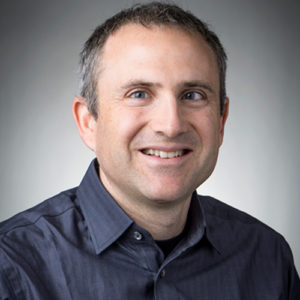 Descriptive Title of Research: Understanding the genetic basis of immunity to infectious diseases.

Research Description: Globally, there are nearly 40 million individuals living with HIV/AIDS, a number that is growing by approximately 5 million each year. The overarching goal of my laboratory is to contribute meaningfully to the global response to HIV. Though HIV is ultimately a preventable disease, the sheer number of new HIV infections demonstrates that a prophylactic vaccine is desperately needed to augment existing prevention programs.

Our current research is informed by two observations that have been made during the last ten years. First, a defining feature of the HIV pandemic is the extraordinary sequence heterogeneity among global HIV isolates. We now appreciate that the sequence variability in HIV and its cousin simian immunodeficiency virus (SIV) is less random and stochastic than once thought – in fact, we believe that most of the variation that accumulates within an individual and among individuals in a population is the consequence of selection by host immune responses. Studying the interplay of viral genetics and pathogenesis may reveal novel targets for vaccination, or, perhaps more importantly, identify genetic signatures associated with disease control or progression.

The second observation is that host genetics profoundly influences the individual response to HIV and SIV. For example, specific polymorphisms in the viral coreceptor CCR5 or its natural ligands pose significant barriers to HIV infection. Other genetic polymorphisms, such as those in alleles of major histocompatibility complex (MHC) class I molecules, do not prevent HIV infection, but instead play a role in controlling the viral burden in infected individuals. Since most vaccines currently in testing utilize viral burden as either a primary or secondary endpoint for efficacy, individual genetic differences that influence viral burden may greatly complicate vaccine evaluation.

Though almost all preclinical HIV vaccine trials are performed with nonhuman primates, the scarcity of these animals makes genetic matching of vaccines almost impossible. We are exploring the potential of a nonhuman primate rarely used in AIDS research, the Mauritian origin Cynomolgus macaque, to overcome this problem. Tens of thousands of Cynomolgus macaques live on the island of Mauritius, however, these animals all descend from a small founder population of animals introduced within the past 500 years. We recently confirmed the relative homogeneity of these animals by identifying several MHC class I alleles that are found in more than 50% of the population. We believe that as additional host genetic factors that influence SIV and HIV disease progression are discovered, the value of Mauritian origin Cynomolgus macaques will become apparent. In anticipation, we are developing the resources necessary to perform comprehensive studies of SIV pathogenesis in these animals.