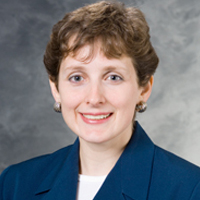 In our lab, we have noted that macrophages undergoing an Unfolded Protein Response produce synergistic levels of IFN-β, a cytokine that plays diverse roles in many aspects of autoimmune disease, and the pro-inflammatory cytokine IL-23. Beyond the impact on cytokine production, we have been determining the role of this fascinating stress response on host responses to bacterial and viral pathogens.

1) Brucella: Brucellosis is the most prevalent zoonosis worldwide. To replicate, the causative organism, Brucella spp. invades macrophages and forms an ER derived vacuole. Brucella also induces a massive reorganization of the ER (imaged by anti-calreticulin staining in the figure) and triggers a UPR. The UPR may affect multiple aspects of pathogenicity, including cytokine production, bacterial replication, host cell apoptosis, antigen presentation and memory. Current projects are investigating the role of the UPR in Brucella pathogenesis, the generation of CD8 T cell memory, the role of the bacterial second messenger cyclic-di-GMP in bacterial fitness and host response, and novel mechanisms of innate immune sabotage by Brucella.

2) Rhinovirus: Gene polymorphism at 17q21 is one of the most powerful predictors for the development of childhood asthma. One gene at that locus encodes an ER-resident protein ORMDL3 that regulates ER calcium and the UPR. We have identified a striking association between extent of ORMDL3 upregulation during infection and rhinovirus induced ER stress and type I IFN induction. ORMDL3 may also enhance rhinovirus replication in epithelial cells. Current efforts are aimed at teasing apart the causal mechanisms underlying the noted associations.

3) Spondyloarthritis: One form of arthritis, known as spondyloarthritis, is strongly linked to the MHC class I allele HLA-B27, a protein that misfolds and induces a UPR. We have found that macrophages from spondyloarthritis patients produce greatly increased IL-23, even apart from obvious UPR induction. Current efforts are focusing on understanding the genetic and biochemical mechanisms supporting cytokine dysregulation in these patients.